Although he is very discreet, his face is well known on the circuit. For the past ten years, the Frenchman Paul Delormas has been acting, on the World Judo Tour, as a coach, but a rather special one. If we often see him mat side, providing advice to Ivorian athletes, he is also in support of the International Judo Federation with delegations in need, in suit from the first preliminary match on. We ran into him while he was accompanying Bernadin TSALA TSALA (CMR), after the battle he had just fought with the reigning world champion Lukhumi CHKHVIMIANI (GEO).


“It’s difficult because Bernadin was up against the world champion. It’s not easy for a first match in a tournament at this level, but I’m satisfied because he went there without fear or stress and he tried to apply the instructions I gave him. Now I think the Georgian underestimated him a little and he had to work hard to finally win by a waza-ari,” explains Paul.

The instructions were clear, “Go without complex, beware of attacks on the left, keep the initiative, don’t get locked in the corners and especially do not enter into the melee; with the Georgians, it is the last thing to do.”

Bernadin was almost there and he seriously bothered CHKHVIMIANI, who behind the scenes gave him a big pat on the back, as if to say, ‘nice job, mate.’

“I’m happy to see that Bernadin followed my advice. He did it within his means, without asking himself too many questions. His attacks are not yet sharp enough and lack preparation. He gives some sweeps to the legs, but he’s not building enough from them. I think he can gain confidence with a match like this though. He’s been a regular on the continental podia and now he has to step up a gear. Quite honestly, it wasn’t guaranteed, because normally there is his own coach, but she had not yet obtained her authorisation to access the health bubble. This is where I play my role of freelancer to the full and I am always ready to jump in.” 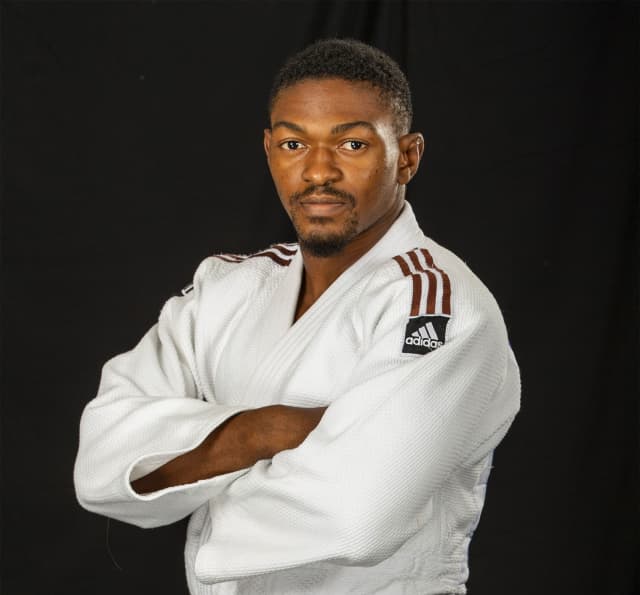 During all his years of presence on the circuit, Paul has learned to be respected and he now has the confidence of many delegations, who sometimes have to improvise at the last moment, “There are always contingencies that even the great nations of judo do not anticipate. Athletes sometimes travel alone and find themselves without a coach and always in agreement with the national federations, I intervene and I offer my services. It’s important for an athlete to feel a presence at the edge of the tatami.”

The least we can say is that Paul’s presence is not just important, but is crucial. It was enough to hear the heartwarming words he brought to his athlete after the match against the world champion, to realise how much a few words can do. Bernadin will leave with the disappointment of a loss in the first round, but also with the satisfaction of having given everything. 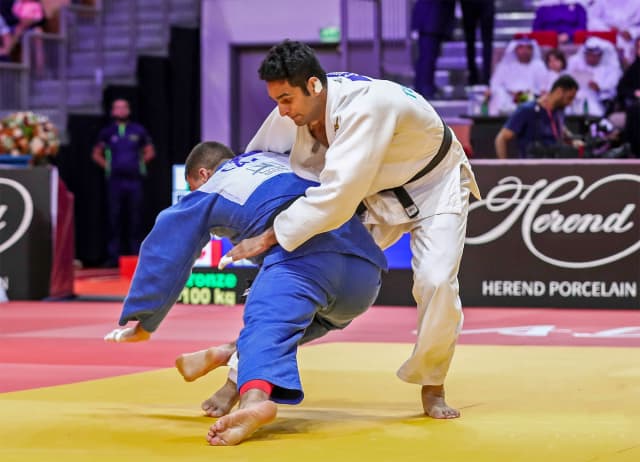 For Paul, his work is a real mission, “There is sometimes a lack of knowledge in some federations and the monitoring of athletes is complicated, but we get there, little by little. During the Abu Dhabi Grand Slam in, I coached the Pakistani, Shah HUSSAIN SHAH, who reached the semi-final in the -100kg category. During the Düsseldorf Grand Slam in 2020, Steven MUNGANDU of Zambia reached the third round, which was a great performance. My role is above all to build confidence and recall the basic principles of judo.”

Paul believes in it and during each event of the World Judo Tour he is there, discreet, without exaggeration, ready to dedicate all his time and energy to his Ivorian athletes but also to all those who just need to be accompanied on the path at the high level.

When Should You Hire a Digital Marketing Agency?