By Katie Weston For Mailonline

People working from home during the Covid pandemic put in ten hours extra each week compared to when they were in the office, a study has shown.

NordVPN Teams, which provides digital network services to businesses, found the average working week had increased by 25 per cent in the UK.

The company collected data on the average usage of its business VPN servers last month and analysed it against that of last year, including pre-pandemic levels.

Under national lockdown restrictions introduced at the start of this year, Boris Johnson ordered everyone in England to work from home if they can.

People working from home during the Covid pandemic put in ten hours extra each week compared to when they were in the office, a study has shown

Britain, alongside Austria, Canada and the US, saw a ‘sustained’ two-and-a-half hour increase to their working day, reports The Telegraph.

Meanwhile, the number of hours people worked fell back to pre-pandemic levels in Belgium, Denmark, France and Spain in January.

The company said: ‘Online working hours across some European countries have started to stabilise, with employees having had the opportunity to return to the office in some capacity.

‘However, employees in the UK and the Netherlands are working until 8pm, regularly logging off later than usual to wrap up an extended working day.’

Indre Kadaksyte, a data analyst at NordVPN Teams, explained: ‘The differences in data could be related to Covid-19 being handled differently in different countries but also due to the fact that remote work in some countries became a new normal.’

To facilitate working from home, employees are encouraged to provide both IT equipment and the services to enable remote working.

Those who are out of the house without a ‘reasonable excuse’ – including those who are working outside when it is not essential – can be slapped with a £200 fine.

This figure can be doubled up to £6,400 for repeat offenders. 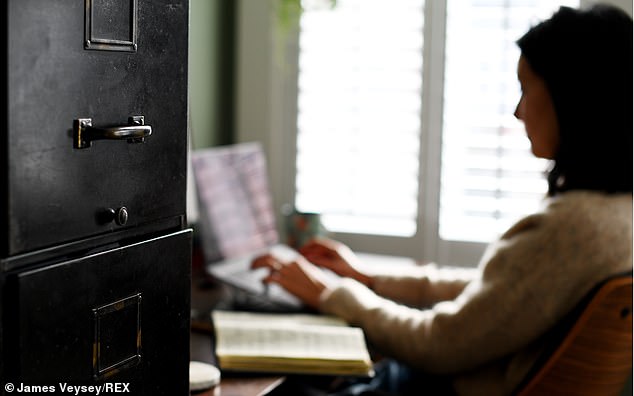 Britain, alongside Austria, Canada and the US, saw a ‘sustained’ two-and-a-half hour increase to their working day, found digital software company NordVPN Teams

Those working in childcare or education are deemed to be providing an essential service, meaning they should continue to go into work.

People who need to work in others’ homes – such as nannies, cleaners or tradespeople – are also able to do so.

The Government states on its website: ‘You can only leave home for work purposes where it is unreasonable for you to do your job from home.

‘This includes, but is not limited to, people who work within critical national infrastructure, construction or manufacturing that require in-person attendance.’

Reasons Why SEO Investments are Necessary for the Growth of eCommerce

April’s Jobs Report Was Awful. Why the Message Was Misleading