With a plastic baby Jesus, a YouTube Christingle service and an internet call with Santa, children of Hawes primary school are celebrating the build-up to Christmas with a modern take on an age-old story.
There were no angels and no nativity acted out as in past years, but head teacher Hanna Vasey says the school was determined that “the true meaning of Christmas” would not be lost.
Two of the youngest pupils performed the first Christmas story with a Small World nativity set, a teaching aid complete with a manger and a donkey, while the vicar, the Revd Dave Clark and his wife, Sarah, brought the Christingle to life from the vicarage dining-room: she on the keyboard, he sporting an elf costume, fairy-light headdress and an angel earring, while explaining the Christian symbolism of the decorated orange. (See below).
In a nod to the secular celebrations, traditional nativity costumes for shepherds and wise men were replaced with modern Christmas jumpers, sporting everything from reindeer, robins, penguins and even a dragon.
Meanwhile a child from each of the four classes – nursery, reception, years 1 and 2 – staged a mini-play in the hall, which can be seen on the school website.
“Even though we’ve worked within the government guidelines, our learning hasn’t suffered,” said Ms Vasey. “In fact it’s given us an opportunity to look at things from a different perspective.
“Small World Play is where children use small life-like toys to retell a story. We have a Playmobile stable set and after we have told the children the story of the first Christmas, we encourage them to ‘act it out’ and play it in their own words.” 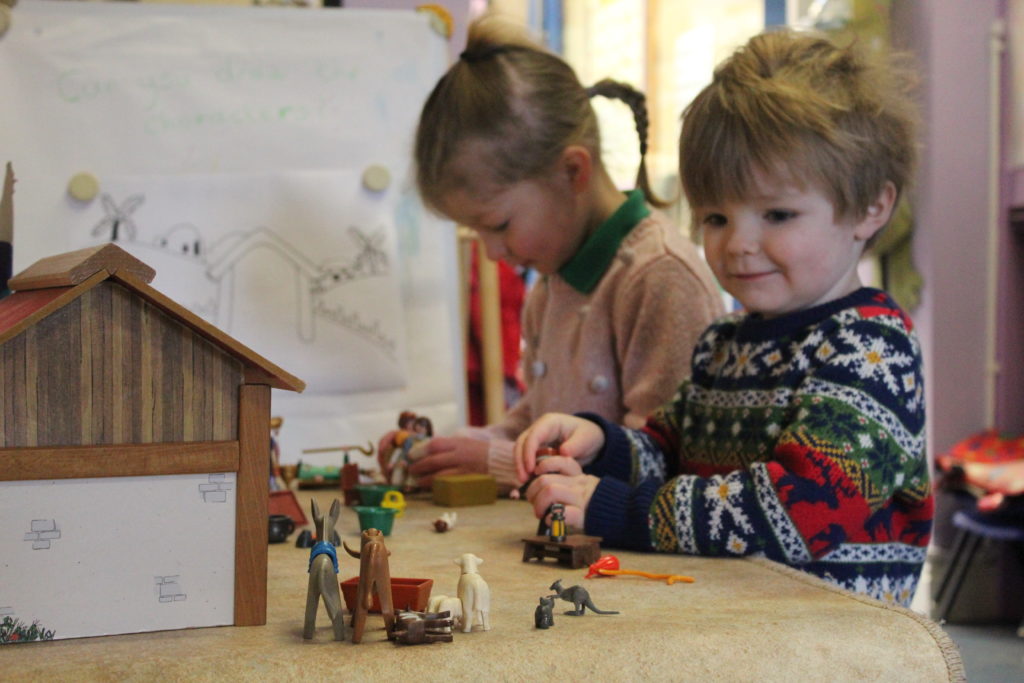