“The proposal is on the table, but we want to improve it.”

That was David Sassoli, president of the European Parliament, commenting on whether the members would give the multiannual financial framework (MFF) and the COVID-19 recovery fund an easy ride to ratification.

Although he welcomed the $859 billion pandemic package, the seven-year budget worth more than a trillion dollars may be more of a sticking point.

Meanwhile in central Europe, Germany’s government is installing new regulations to stop subcontracting at abattoirs, after coronavirus outbreaks were tracked to several meat production facilities in the country. The new law is aimed at improving tracking staff.

And on both sides of the Atlantic, airline bosses today wrote to government leaders pleading to be allowed to fly transatlantic again. They propose an international testing regime to make the long-haul trips as safe as possible.

Finally, as Uber faces its day in the UK Supreme Court, we spoke to labor expert Ursula Huws, who explained how the so-called “gig economy” has been affected by the pandemic. If Uber loses the case, it has big implications for firms that rely on freelancers and do not have to give statutory sick pay, for example.

P.S. Did you know we send this briefing by email, too? Sign up here

A new report from the United Nations said that at the current rate, as many as 132 million more people may be left hungry by the end of the year. The pandemic has caused much economic strife along with the medical suffering.

Former Malaysia leader Najib Razak has been handed a $400 million tax bill by a court in Kuala Lumpur for unpaid taxes dating back to 2011-17, when he was in office. Razak is still facing multiple charges of corruption and abuse of power linked to billions of dollars Malaysian prosecutors say was siphoned off from sovereign wealth fund 1MDB, which was linked to the financing of Hollywood movie The Wolf of Wall Street.

German lawmakers are introducing new legislation to ban “sub-sub-sub-contracting” at abattoirs. The change is being made in an attempt to reduce the risk of further COVID-19 outbreaks, as several have so far occurred in slaughterhouses.

Black workers at the Amazon-owned U.S. supermarket Whole Foods Market are suing the company for discrimination after it prohibited them from wearing face coverings with Black Lives Matter insignia. The lawsuit argues staff were punished for the messages worn, while other staff wearing outfits bearing sports slogans were not disciplined. The company said it does not allow any non-work related messages on clothing and said no staff had been fired for BLM-related issues.

Major airlines including British Airways, United Airlines and Lufthansa have written to U.S. and EU leaders to request a joint testing program, which could help to reopen links across the Atlantic. “We believe it is critical to find a way to reopen air services between the U.S. and Europe,” the letter read.

Latin American countries are on the brink of a new debt crisis due to the pandemic and what leaders have termed “pre-existing conditions.” Chile, Brazil and Mexico were among the markets with the biggest increase in their debt-to-GDP ratios this year, according to the Washington-based Institute for International Finance.

An Italian antitrust body has opened an investigation into whether Apple and Amazon engaged in anti-competition practices regarding Apple products and Beats headphones. The agency said both companies’ Italian offices have been raided.

ABB, one of the world’s leading makers of electric car charging points, said trading conditions in the U.S. are “grim.” The company also makes robots that are widely used by car makers – a sector that has suffered badly during the pandemic and ABB’s new CEO said the U.S. government must get the market under control.

U.S. social media firm Twitter has banned at least 7,000 accounts which post misinformation linked to the “QAnon” conspiracy theory, which holds that a secret “deep state” is plotting against President Trump. Twitter said the action was taken as online comments could cause offline harm.

UK retailer Kingfisher, which owns DIY brands B&Q and Screwfix, has recorded a 26 percent rise in second-quarter sales. It said the lockdown in the UK drove the demand for home improvement products and tools.

Spotify, the online music streaming service, has signed a new multi-year licensing deal with Universal Music Group. As well as securing Spotify’s library, the deal means the two companies will collaborate on marketing projects, and new formats such as video.

Denmark’s A.P. Moller-Maersk, the world’s most well-known container shipping firm, said it would cease all solid waste shipments bound for China from September. China began tightening restrictions on scrap commodities as part of an environmental campaign in 2017 and plans to reduce solid waste imports to zero by the end of 2020. 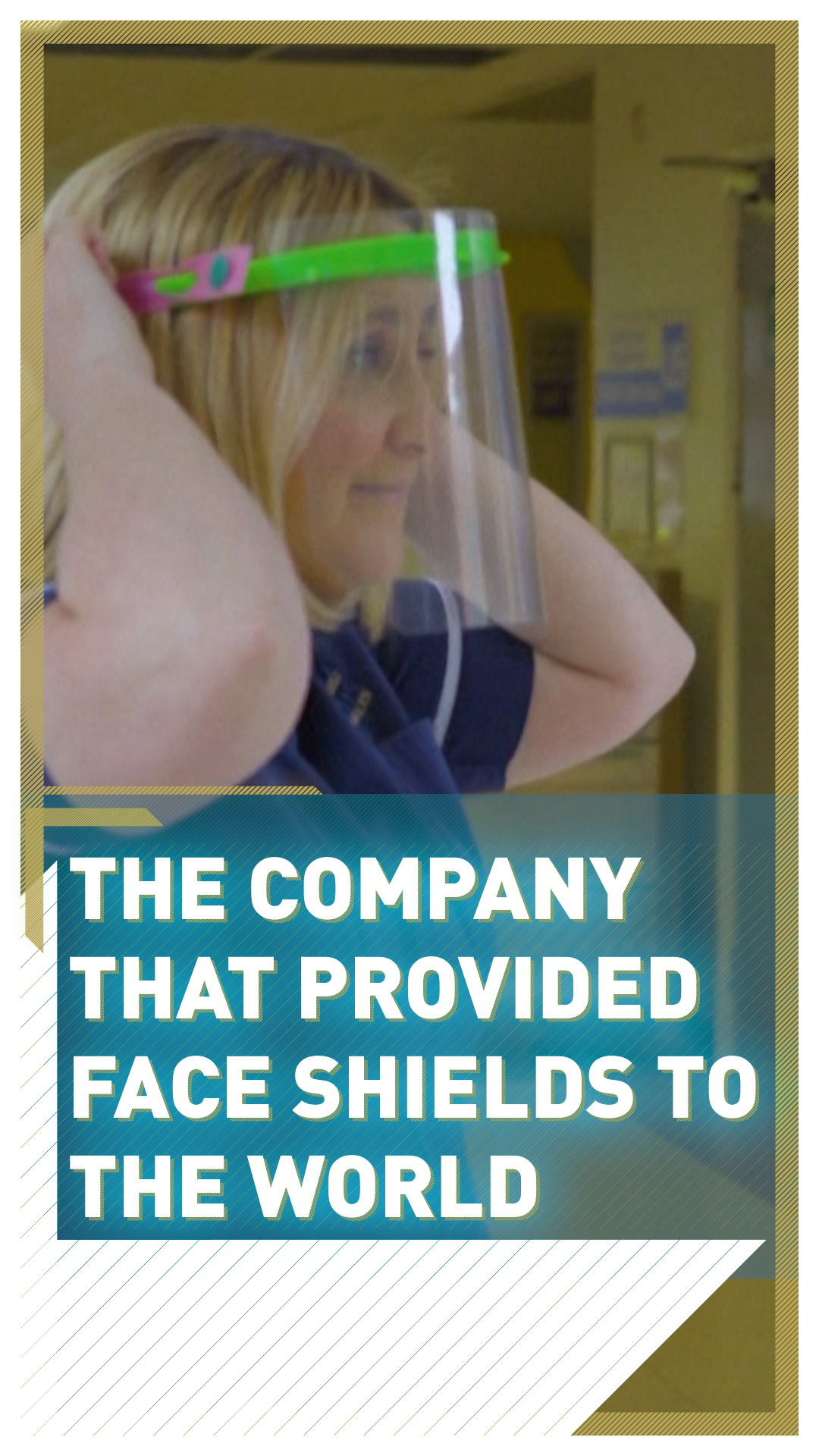 Ursula Huws, professor of labor and globalization at the University of Hertfordshire, talked to CGTN Europe about the ongoing case brought against Uber by two of its drivers, who contend they are employees, not freelancers. But the case has wider implications for the “gig economy.”

How important is this case?

I think this is an enormously significant case. I think if Uber win, then it will be a green light to a very large number of other employers to “Uber-ize” their operations. If Uber lose then a very large and growing number of workers will benefit from it, in the short term at least.

How has COVID-19 impacted this “gig economy” sector?

The COVID-19 pandemic has been extraordinarily contradictory in its effects. It was, for some sectors of work, it was like slamming on the brakes. And that includes a lot of freelancers in the entertainment industry,  in the hospitality industry, and even to some extent Uber workers who were drivers, because during the lockdown, people travel a lot less.

However, the very fact that you’ve got a very high proportion of the population stuck, locked down at home, has meant there’s been a vast growth in the kinds of jobs that involve delivering to them or the goods and services that they would otherwise have gone and helped themselves to in shops or in public spaces. So we’ve seen a very large expansion in food delivery work.

So it hasn’t been the “great leveler” people were talking about?

I think the coronavirus has brought to light, firstly, how important these workers are. They are somehow seen as key workers, having been very invisible for a long time, but it also has brought to light the fact that there’s a huge social divide between the rather safer and more protected workers sitting in their homes and the workers who actually go out on the streets risking their lives to bring them the things that they need to survive.

What do the labor laws say about people working in these jobs?

Well, it seems to me that not only the employment laws that we have but also the Social Security regulations that we have – most of them are adapted from rules that go back to the middle of the 20th century after World War II, and they’re no longer fit for purpose. 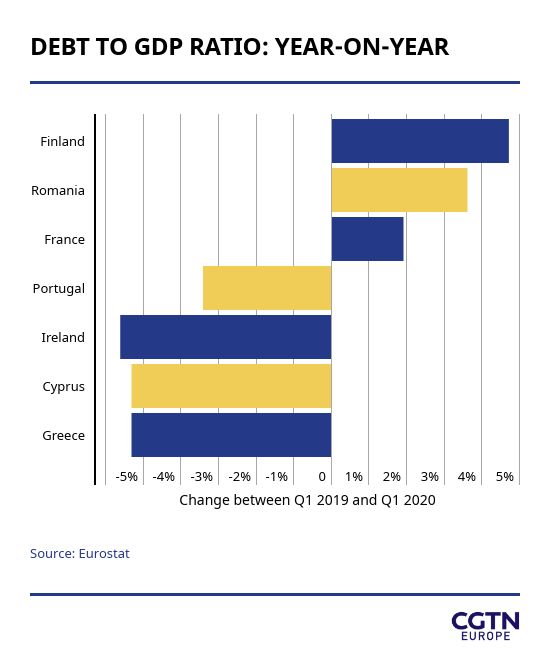 How To Build A Smart Career In Data Analytics

Here's the type and amount of exercise you need, WHO advises – Herald & Review